On Becoming A Runner 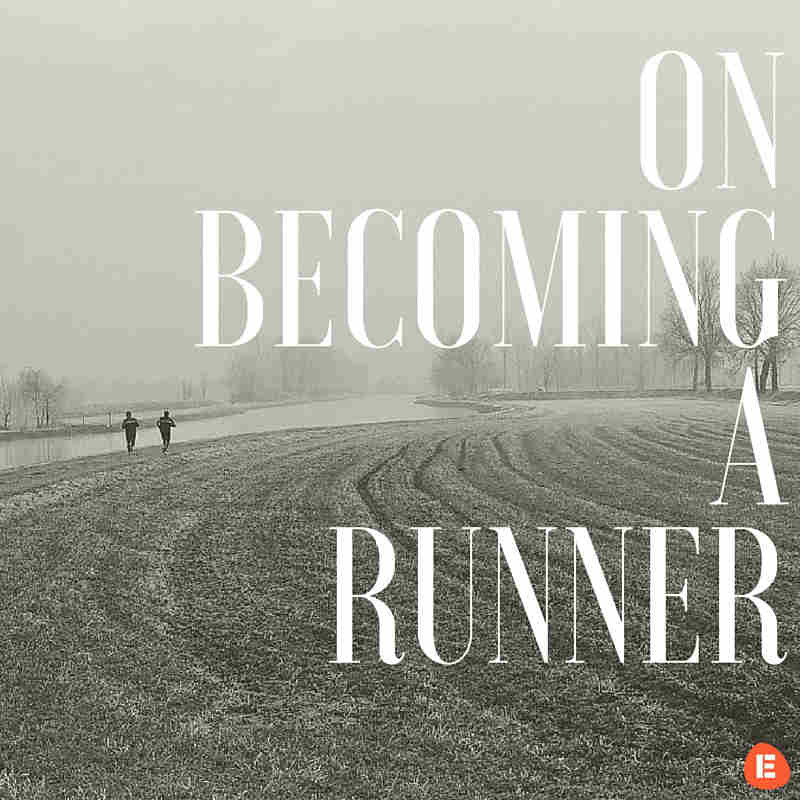 On Becoming A Runner

By Laura Maisey in All,Challenges,EtchRock,Running

Some runners love competition. They spend hours doing sprint sets. They talk about doing a marathon in “sub 2:15” and wear things that look like gun holsters but fill them with water bottles and gels. I am not that runner.

I am an explore-the-world-via-running runner. I am a get-to-work-for-free runner. I am a carry-my-world-on-my-back runner. Running has gradually woven itself into the fabric of my days. Instead of having to eat a certain thing, wear a specific pair of leggings and dedicate hours of my free time to training, I view running as part of my everyday life. It’s my way of doing the things I anyway need to do. If I’m twenty minutes from home and it’s cold and I’m wearing jeans, I run. It warms me up and it gets me home quicker. I don’t need to be in the zone. I run because I can and because it is my transport home. In my ideal world, I run to a town hundreds of miles away in a matter of days because there’s something I need to do there, like the Raramuri do (the Mexican runners who are the subject of Chris McDougall’s Born To Run). Unfortunately, although I am a long-distance runner, I am not a fast runner so unless I take a month off every time I want to leave town, I will probably never be able to rival the Raramuri. It is the essence of how they view running that I have absorbed.

A little while back, when getting ready to run 90 miles from London to the coast, I thought that I should ‘train’ a bit so, the week before my departure, I ran to work, which is just under nine miles away. Then after work, I ran back home again. Being London based, where even breathing is costly, I did notice how nice it was to do eighteen miles in a day and have my legs feel fine but I also noticed what a saving I’d made! Score! That was £7.80 that could be dedicated to more worthy causes, such as the accumulation of chocolate. At that point I had a decision to make. I needed to prioritise. Knowing I could save £7.80 and knowing that my legs could handle eighteen miles in a day, could I really justify spending it anymore, when placed against the importance of chocolate accumulation. Of course I voted for chocolate.

Up until this point I had been working five days, then trying to squeeze in long runs on my days off, which are inevitably filled with doing errands, seeing people and just general life stuff. I was becoming irate if a friend asked me out for coffee during the time I’d planned to run. I’d go but I’d be edgy and annoyed that they were dominating my running time. When work needed extra time from me or family wanted to visit, I blamed them for my lack of training. Then the commuting-costs-vs-chocolate dilemma arose and everything moved into place in my mind. Work days were running days, days off were relaxing days (unless someone wants to meet far from home, which turns it back into a running day as I have to use my legs to get there).

Thus began the process of seeing running as transportation. So long as I leave extra time to make the journey, I have no valid excuse to not use my legs to get me places. That’s what they’re there for. I try to use them in the way they were designed by running barefoot or in minimalist shoes. I eat the things that are the most natural – fruit and vegetables. By becoming what I refer to in my mind as an ‘organic runner,’ I have knitted running into the way I live. Now that the Pandora’s box of my body’s capabilities has been opened, I find it difficult to imagine a life where I no longer spend a large part of my day moving.

In the words of one of my favourite barefoot runners, Abebe Bikila, “If I don’t run, there is no flame.”

Running as transportation has become such an ingrained philosophy in my mind that later this year I am going to do an even bigger journey, from Rome to London, using only my legs. I am going to run the 1249 mile route which will wind north from Rome, out to the coast, up through the Alps, through France to Calais, over to Dover then to London via Canterbury.

I would be foolish not to prepare for this trip but how on earth can I reasonably expect to? It’s not like an ultra-marathon, where I would move forward constantly until I’d done 100 miles then stop. This will be day after day, 23 miles, for over two months. I can only conclude that it is not really possible to train for it so the first week or two of the run will be the preparation for my body. What will really matter in a journey of this magnitude is conquering the mental aspect of the run. I will get up every day knowing that, instead of having time to rest up my tired legs from the day before, I need to shoulder my pack and do it all again. If you are a runner yourself, you know what I mean when I say that running is mostly a mental activity. It is from this point of view that I can train for the 1249 mile journey. By having a philosophy that says, “If I want to go somewhere, I use my legs,” I can wrap my mind around the idea of being in Rome and seeing the long road ahead and feeling peace instead of fear. Excitement instead of nerves. Joy instead of trepidation.

To support Laura on her fantastic journey, you can donate to her challenge at her JustGiving page. You can also find her on Facebook, Twitter & Instagram if you have any questions about her challenge! Has Laura’s challenge inspired you to take on one of your own?