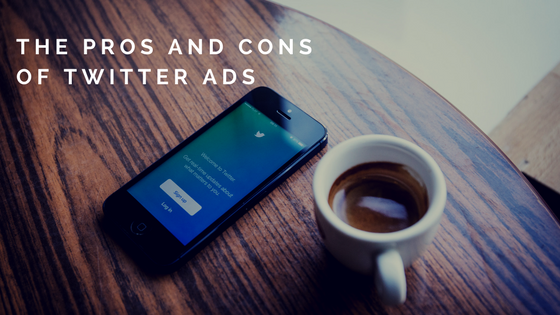 If you’re looking to push your brand message out, social media would be a great place to start. But whilst advertising platforms such as Facebook and Adwords seem to dominate most event organisers marketing spends, Twitter has quietly been improving their advertising service.

I’m sure you’re no stranger to Twitter, but have you experimented with Twitter ads? We’ve heard a mixed bag of opinions so we wanted to give you a list of pros and cons of what we like and loathe about Twitter ads and how it could potentially help you increase awareness and attendance at your event.

And without further ado….

This will come of no surprise, but you have a huge potential audience that you can reach through Twitter ads. With around 320 million active monthly users, you have no shortage of potential customers that you can connect with.

Whilst it may not be the most popular social network, it is considered one of the most ‘organic’ in a sense that it has not yet been polluted by brands and big business. Twitter is a great platform that allows you to engage the world outside of people’s circle of friends and family.

Twitter has been focusing on ways to expand their advertising platform to great effect. What was once a fairly basic service (compared to other platforms), Twitter is delivering on its promise to expand their portfolio of services. Using Twitter ads you can now push ads for:

-Getting more clicks or conversions on your site.

-Get more views for videos

You only pay for your overall objective

When you set up a Twitter ads campaign, you set yourself an objective for that particular campaign (see above point). Whether that be to increase awareness or drive more views for your video, you’re only ever going to pay for that specific conversion.

Any additional retweets likes or comments with tags in do not count towards your spend. This means that if you are putting out great content and twitter ads, your message has the potential to spread well past the original confines of your targeting metrics.

Perhaps our favourite feature of Twitter ads is the fact that you can target keywords as opposed to topics (like on Facebook). You can now target people that have used a certain phrase or hashtag in their tweets in the last seven days.

For example, if you were looking for potential participants for a running event in the UK, you may choose to target the hashtag #UKRunChat as it is the UK running community’s most popular tag.

You can safely assume that if people are tweeting your targeted word or phrase, they are a good person that you want your message to display to.

Finally, retargeting has come to Twitter ads! Twitter now allows you to target your ads towards people that have previously engaged with your post. Rather than go after people who have never heard of your brand, you can target those that have liked or engaged with your tweets.

With Facebook, you can target people who like your page, which is a far cry from the brilliant piece of functionality from Twitter. We could classify the people that have engaged with your posts as ‘warmer leads’ and therefore have a greater chance of converting.

Whilst it may be an unfair comparison, Twitter ads analytics pale in comparison to those of Facebook and Google. Don’t get us wrong, there are plenty of great metrics that you can use to your advantage, but still not as robust as FB.

Fun fact, did you know you don’t even have to be using Twitter ads to check out your profiles analytics? Just head on over to Twitter ads under your profile menu and select ‘Twitter ads’ to see yours.

What we would love to see if more a detailed look at your audience to help us make better-informed decisions.

Without beating around the bush, Twitter has a more expensive CPC than Facebook, and in some cases, it isn’t even close.

The main reason for this could be that impression rates for ads on Twitter are much lower, therefore, driving the cost of a click up. Being such an ‘in the moment’ platform, your Twitter ads can be easily brushed over.

We recommend staying on top of your campaigns to monitor the cost of the clicks that you are paying for in case they start to get too high.

Twitter have been making huge improvements on the functionality side of their advertising platform by giving users different ad formats for different goals. Whilst this is a step in the right direction, they are still ways off what Facebook can do.

Aside from the app install feature, Twitter ads can take a user from their platform to an external site, which it calls a conversion. Whilst clicks to our site are great, it would be fantastic if we could get further integration with the Twitter platform. For example, being able to purchase tickets straight from Twitter or register interest.

Due to the nature of how Twitter works, your message can be missed simply because they can be glossed over in the crush of content. There’s so much going on at any given time that the exposure time for an ad is very low, and the chances that a user decides to engage with your ad rather than any of a thousand other tweets is slim.

Not as robust a platform as other counterparts

Twitter ad targeting is noticeably slimmer than what Facebook provides. If you’re used to having a tonne of targeting options, you won’t get them from Twitter. This is in partial because so many people don’t post their real information on the site, and partially because Twitter just doesn’t have the resources to gather than much information and present it to the user of the marketers on the site.

The EtchRock Resources are here to specifically help event organisers make the most out of their online marketing campaigns with the latest tips, trends and how to guides. Make sure to subscribe for the latest content!

Want to see more of EtchRock?