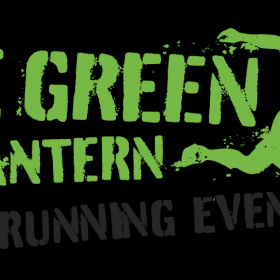 After the success of the first Green Lantern, which saw 200 entries run this way marked route, we've decided to make it part of our Wild Run Series.

The Green Lantern is a circular 14 mile ' half marathon', which follows the Green Circle clockwise around Exeter, through wooded valleys, meadows, bicycle lanes and the banks of the Exe.

The Green Circle around Exeter