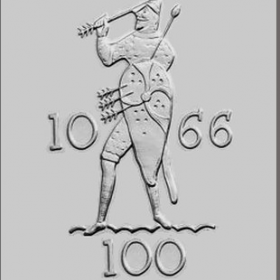 The date 1066 is burned in the mind of everyone in the land. You all know the story. King Harold of England, fresh from defeating the Vikings in York, marched back to London, and then upon hearing the news of the invading William Of Normandy, gathered his Army and they marched South towards Hastings.

​Harold pushed his men hard. They covered 30 miles a day (in armour!). The journey took three days, via Rochester and Bodiam Castle.  They arrived for battle, exhausted, and were beaten by William the Conqueror.

​ A long distance path called Harold's Way marks the battle -march route from Westminster Abbey to Battle Abbey.   You will register for battle in London, along the banks of the Thames. You don't have the luxury of 3 days.  You have just 30 hours to replicate that famous march, and claim victory in the 1066 100 Ultramarathon

This event is a joint venture between respected organisers, Cockbain Events Ltd and Beyond Marathon Ltd