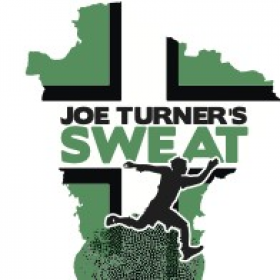 This is a self nav 50k Ultra and Challenge from the start of The Two Moors Way to Knowstone in Mid Devon. The route, which is mainly off road, crossses Exmoor in to Mid Devon and follows the route originally trailblazed by the late Joe Turner in the last century.

The event will be fully supported by our first rate 4X4 Rapid Response Team and friends and family will be able to monitor participants 24/7 in real time. The route covers the first third of the Two Moors Way and is connected to our other popular Race With No Name, which completes the final section.Finishers will be able to get hold of a commemorative epic of the Two Moors Way, which slots together with The Race With No Name to form the whole. The epic is a tribute to Joe Turner, who was responsible for opening the route in 1976 and passed away in 2004, as well as to our runners.

Includes three checkpoints at Simonsbath (10 miles) Tarr Steps (18 miles) and West Anstey (23 miles), and one at the finish point at Knowstone Village Hall (mile 28) before a further 2 mile out and back is completed via Knowstone Cross to make the 50k distance.

This is identical to the Ultra but includes the #PacePerfect Points System.Points are awarded for arriving at each checkpoint, as well as for every team that is behind you and how close you are to the hour. Teams of two to eight can enter.

Gpx files optimised for all the leading watches and devices

Mandatory kit checks (for your own safety and well being)

Transport to the start from Knowstone