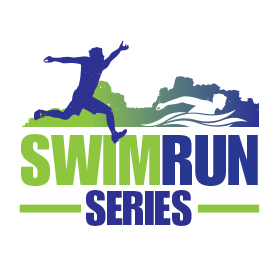 The River Dart Swim Run marathon is a truly unique linear adventure race, which will test your endurance, self reliance and for the teams taking part, your team ethic! It starts in the stunning surroundings of Blackpool Sands, near Dartmouth and finishes within a stone's throw of the historic Dartington Hall.

Swim Runners commence with a 750m swim within the bay at Blackpool Sands before heading towards Dartmouth via the South West Coast Path. SRs enter the water at the steps at Castle Cove and swim approximately 400m to Warfleet Creek, where you will exit and run to Blackness Marina via Mill Creek and Sir Walter Raleigh's magnificent forested estate.

The next swim stage is the longest (approximately 2.8km) and LONG course participants will be joined by SHORT course SRs from here on wards. You will exit at Ashprington Point and run to Sharpham Point, where SRs will swim to the Dart-Totnes Rowing Club (2.5km). Here you will exit and run along the footpath towards Dartington, skirting the River Dart.

SRs head round Dartington estate through North Woods in a clockwise direction, before heading up to the finish. The route will be marked using arrows and stickers and water proof maps will be issued to all participants. Run Swimmers will have the tide in your favour throughout and will be followed by our excellent 30 man water safety team in kayaks and rescue boats throughout. Four of the transition points will also double as refuel stations with food and drink.

NB: We will be issuing strict instruction about keeping a close line to the marker buoys, which will also be shared with the ferry operators. Anyone who repeatedly fails to heed this, will be disqualified from the event. This is for the swimmer’s own safety.

How will it work?

This event starts from Blackpool Sands