A Night of Adventure Tales - 22 November 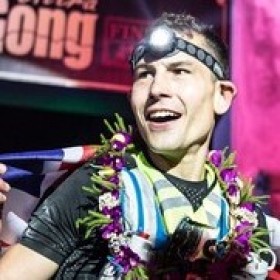 A Night of Adventure Tales - 22 November

A NIGHT OF ADVENTURE TALES

Join us for a beer and listen to incredible people talk about their incredible adventures.

Born and raised on a remote farm in the Yorkshire Dales, Matt discovered his love for adventure at a young age. Over the years he has been on some incredible adventures both around the UK and abroad, including circumnavigating Vietnam on a 50cc Scooter, trekking across Central America, through jungles and over active volcanoes. This year, Matt rode a recumbent trike from Lands End to John O'Groats.

Ultra-distance running star Nathan Montague has faced some huge challenges in his career - but maybe none so daunting as getting lost in the Gobi Desert!

Nathan is an international ultra runner and coach who has represented England on numerous occasions. His love of long distance running has taken him all over the world, competing and winning on a variety of terrain from road to trail. He has enjoyed success both domestically and internationally, particularly at multi day stage racing.

Come and hear about finding your way in the Gobi desert and many more incredible stories.

​Just 10 years ago, Joe Robinson, was given a three per cent chance of survival after being involved in a car accident. In April this year he completed the Marathon Des Sables, widely thought of as the toughest race on earth. Hear all about Joe's incredible journey, leading up to the race and in the desert itself.

Based out of Guildford, Surrey, but working across the UK and beyond, Running Adventures was founded in 2014 by Matt Buck, through a passion for all things running and trails.

​Running Adventures are experienced in offering a variety of services such as...

- Coaching, both online and face to face