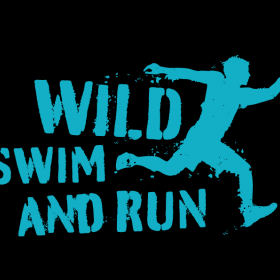 The sixth Wild Dart Swim takes place on Saturday June 26th. This year, we have changed the format, so that swimmers will be swimming with the tide for the 5k, the whole way and getting out at Ashprington Point Field. As with previous years, you can enter the 2.5k or 5k swim, as well as a 7k and 15k aquathlon. This year, we will be making the 2k sprint aquathlon a Go Tri event. The latter is suitable for children 15 years old or older. Something for swimmers, runners and triathletes of all levels.Younger athletes or entrants who are fairly new to triathlons or aquathlons, can enter the Go Tri event, which includes a 400 swim in the Dart.

The 5k swim covers a #GoWithTheFlow, one way only swim from Totnes to Ashprington Point Field, starting and finishing near the Dart-Totnes Rowing Club on Steamer Quay. The 2.5k swimmers start at the same place in separate waves (according to your predicted finishing time) but exit at Sharpham. Aquathloners will also exit at Sharpham, then move to a nearby transition area, before running the three miles back to the rowing club, following the cycle path above the Dart.

Swimming alongside the tow path and the reed beds, which line the Sharpham side of the river and the rolling hills on the left, which wind along towards Stoke Gabriel. You will take your first snake bend here, as the river takes a turn towards Sharpham.

You will know you’re approaching the half way buoy when you can catch sight of a small pontoon on your right, which is Sharpham’s North Quay.

The 7k aquathlon includes the 2.5k swim and a hilly 4.5k run through the picturesque vineyards at Sharpham and along the cycle track from Sharpham House to Moat Hill, turning left at The Steam Packet before crossing the bridge to Bridgetown and turning right in to Steamer Quay and the rowing club. The course suits road shoes. All normal swim run kit will be permitted, except for tow floats. Swimmers will be permitted to swim in their running shoes.

The 15k aquathlon takes runners up the hill from Sharpham House and down the road through Ashprington towards Bow Bridge before runners follow the Harbourne River to Beanleigh cross and back to Sharpham and then Totnes via the bicycle tracks.

The sprint aquathlon will precede all the other events and includes a 400 swim along the River Dart parallel to the walkway, until it reaches its end and the swimmers get out and transition before running a short 1 mile loop around Steamer Quay.